Plant It Forward by Neu21

Neu21’s purpose of making work better for a new world encourages us to think about the world we want to help create. Planting it forward is our way of bringing clients a glimpse of hope for the future of the planet and humankind.

Plant it forward – Neu21’s gift to their clients and the planet.

We were delighted to receive an email from Neu21 asking if we could plant 500 trees as a thank you to their clients this Christmas. We had 2 planting groups primed and ready to go … one in Tasmania and one in Victoria. We just needed the funding to purchase their trees.

And along came Neu21!

The area planted covered approximately an acre, with the purpose of:

The land on which the Wynyard Municipality now stands once belonged to the Tommeginer tribe of Table Cape.  They were one of the eight tribes that made up the north west linguistic group of Aborigines. These tribes, each led by a chieftain, numbered between 60 and 120 people and consisted of a number of hearth groups or families who shared the same hut and campfires.

Tommeginer people could make fire by using white quartz and fungus off a myrtle tree as tinder, but would carry a fire stick for convenience. On the arrival of spring, when the Blackwood flowered, the Tommeginer people would leave their tribal territory and travel westward to meet up with the other tribes.  These gatherings were occasions for corroborees which were held under the full moon because of the spiritual significance that the stars, constellations and moon held.

Friends of Campbells’ Creek has a vision to restore their local environment with critical habitat links between reserves. This year they are planting in one of their focus areas for restoration: the little known Lower Lewis Wetland.

This swampy area has delightful small billabongs as well as the main watercourse. Over the years, FoCC have greatly reduced the weed burden and established lots of native plants. It’s now ready for planting several hundred trees, bushes, sedges and grasses!

With support from Fifteen Trees and Neu21, we were able to extend our revegetation to cover much more of our riparian wetland area.

Campbell’s creek is on the traditional land of the Dja Dja Wurrung. Djaara People have lived on our traditional lands and cared for djandak (Country) over many thousands of years.

I’d like the rest of the world to know that Dja Dja Wurrung still exist. We are still here as a People. We are proud and value our Culture. We honour our Martiinga kuli, and everything that we do, we are doing on behalf of our Martiinga kuli, who didn’t have the voice that we have today.

A message from Neu21 to their clients.

Having a strong purpose of making work better for a new world comes with a big responsibility for us at Neu21.

As change makers, we believe that by helping people thrive at work, we indirectly help society, as we build and support brave new leaders who will design and attract hopeful futures. But the question we’ve been asking ourselves recently is: how can we directly impact the wider systems in which we live? What do we stand for as an organisation, and what is our legacy to the world, beyond our field of expertise and clients’ outcomes?

As the year comes to an end and we start pondering over these big questions, we thought we’d do something a little different to THANK YOU for supporting our work throughout 2021. Instead of buying you ‘stuff’ that will most likely end up in landfill, we decided to buy 500 trees on your behalf. These will be planted in Wynyard in Tasmania and Campbells Creek in Victoria with the help of the lovely people at 15Trees, an Australian social enterprise putting planet and people before profit.

By planting 500 trees, we’re capturing 1.34 tonnes of carbon dioxide. This is almost the total carbon emission for a flight from London to Sydney! So, this festive season, we encourage you to plant it forward. Whether this is something close to your heart, a cause you want to get behind, a way to offset purchases or transport, or perhaps just a way to spread a seed of growth and hope for the future as we close 2021.We wish you, your team and family a great festive season.

Thank you to Gus and Neu21 for your support of our native environment. We look forward to continuing the partnership in 2022 and together planting hundreds of native trees in the beautiful ‘Garden State’ of Victoria. 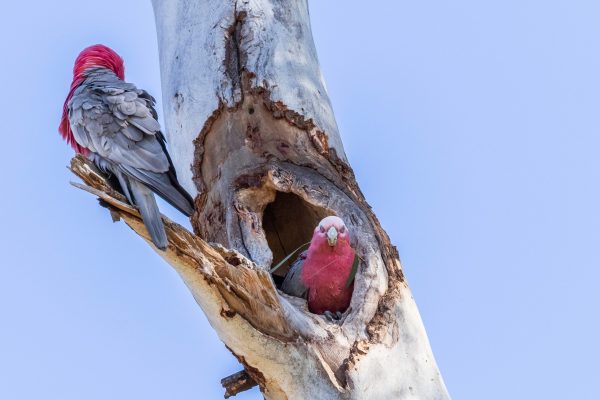 August 14, 2022
Based in Melbourne’s Southeast and servicing Bayside Melbourne and the Peninsula, SEMM Build have planted 105 trees to date for Fifteen Trees, with the latest being added to the world famous Grampians National Park region, in Gariewerd Country.
LEARN MORE Looking beyond the workplace.